You can watch a quick video on how to use the Node here, or alternatively you can find a more detailed video here. 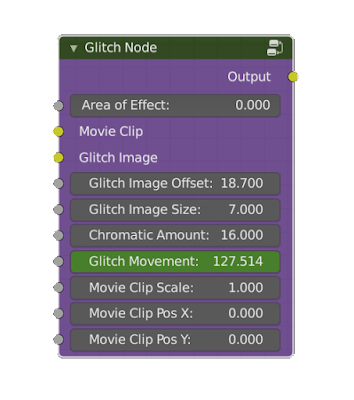 Area of Effect - Input a Mask here to selectively add the Glitch to a defined area.

Movie Clip - Input the footage you wish to add the Glitch effect to.

Glitch Image Offset - Value to increase/decrease the amount the separation of the Movie Clip.

Glitch Image Size - Value to increase/decrease the thickness of the Lines.

Glitch Movement - This Input is no longer needed as from version 1.06. This may be removed in the future.

Movie Clip Scale, Movie Clip Pos X and Pos Y - These are purely for composition and are not needed for the effect.


The Glitch Movement has already had a keyframe and has a Noise Modifier. If we want to adjust the settings we can do so in the Graph Editor.

If we switch it from the F-Curve tab to the Modifiers tab, we can change some settings. 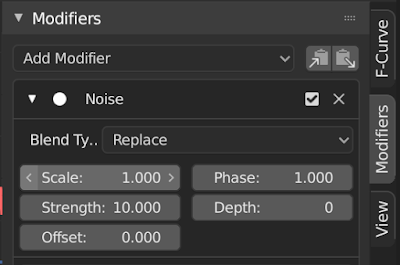 Scale - If we want to speed up or slow down the Glitch Movement, we need to play around with the Scale. By increasing the Scale Value we will in fact slow down the movement. If we go the opposite way (say 0.8) the Movement will speed up.

Strength - If we want the Lines to move greater/ shorter distances, we can adjust the Strength Value. A value of 10 may be too small so make sure to jump ahead a few frames and see if it fits your needs.

Depth - The Depth Value will add an extra level of detail to the noise. I often use at least 1 for the Depth, but again play around with it to suit your shot.

Phase - The Phase Value is a "Seed", it will randomize the modifier which is handy if you have more than one Glitch Effect working at once. They will look unique and add a variation.

Offset - The Offset Value will offset the Modifier, which again is handy of you have more than of Glitch Effect. 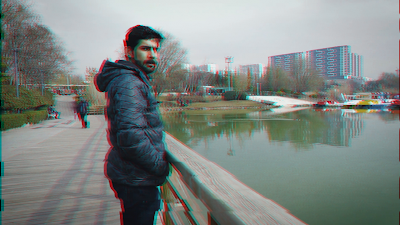 Without using the Area of Effect, the Glitch will be added to the whole movie clip. 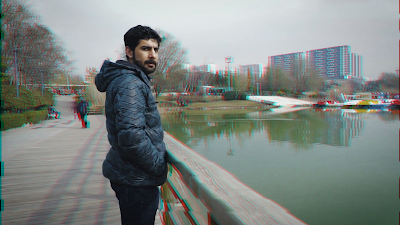 By using the Area of Effect, our Mask has defined the Background to have the Glitch Effect. 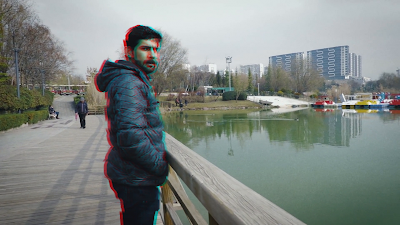 By inverting the Mask we can flip the defined Area and now the Foreground Actor has the Glitch Effect.